I’ve often referred to my first deployment in Ramadi as a hell on earth.  A tired cliché I realize, but if war is hell, the mobilization process at Ft. Hood, TX is purgatory.  A tedious repetition of monotonous redundancy.  The sin of being a National Guardsmen has enslaved me to this dead space for a month to come, a month of paper work and PT.  In a message home I wrote, “Iraq would be fine, I can’t wait.  Anywhere but here”.  I say stupid things from time to time.
Another stupid thing I say is a response to a commonly offered question.  “I thought we weren’t sending troops to Iraq any more.  How long do you think we’ll be there?”  The stupid thing I say is that we still have troops in Germany.  That’s usually the start of a reoccurring conversation I have in pubs after too many pints.
Recently though, I spoke with an editor who suggested Iraq is America’s forgotten war.  I suppose I didn’t think much of it then, but here in purgatory, it was brought up in conversation again.  The officer who greeted our company had a very nice speech prepared for us, telling us all about the burden of being a Guardsmen and our willingness to sacrifice those comfortable little lives we’ve created for ourselves off in the ‘real world’.  And he mentioned the unprecedented support our countrymen are giving the American soldier.
The editor had made a loose reference to likening this war with Vietnam.  And for a while, I could see that.  My amendment came after this welcoming speech, where I decided the general population has become indifferent to the war in Iraq.  The forgotten war.  I don’t mean to rationalize whether this war is just or not; I’m here to serve without pride or prejudice—another cliché I realize.  And I think it’s great that Americans have this blind love for their soldiers regardless of their political agenda.  What I mean to say is, the people thought Vietnam was bad, and they told us so.  And the people thought WWII was just, and they told us so.
But now, indifferent to the war but in love with the soldier, I feel as if we’re the people’s favorite college team.  And even though we didn’t get into the best of bowl games, they cheer us on anyway.
- The Exodus 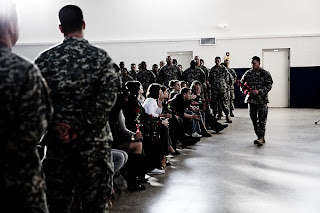 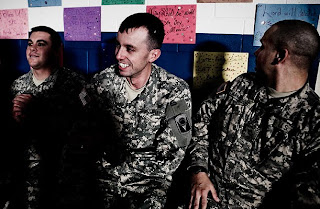 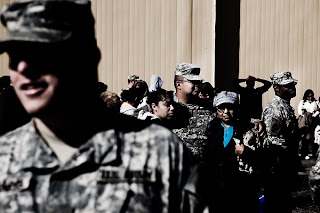 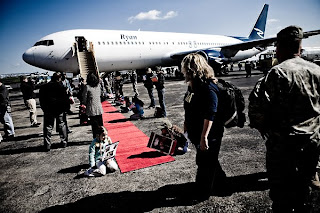 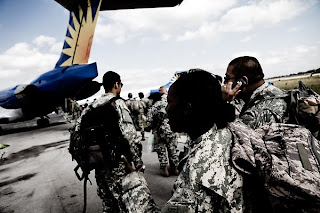 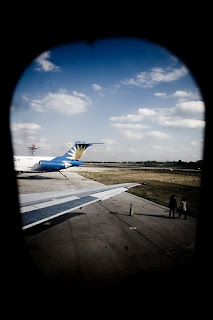 Posted by The Exodus at 2:32 AM No comments: